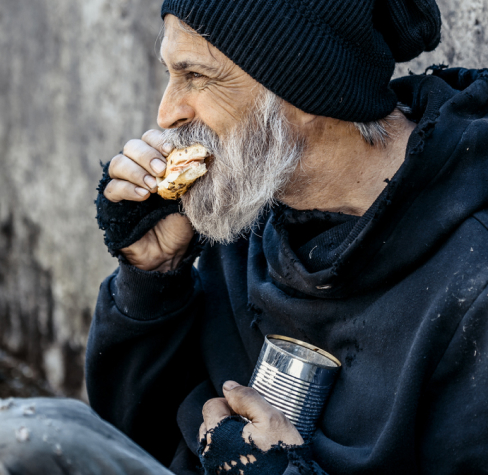 ASASS is the realization of a dream for founder Jean Claude Kamwenubusa. Having experienced living in a low-income area, Jean Claude is convinced that healthcare, quality education, micro-credits and improved policy are key to the development of communities.

Jean Claude Kamwenubusa was born in Mpanda Commune of Bubanza Province, a rural area with above average living conditions. However, he did not grow up there. Following the loss of his parents in the war of 1993-2005, he moved to Bujumbura as an orphan refugee child.

Life in Bujumbura was unsafe and socioeconomic activities were either paralyzed or completely destroyed. Jean Claude struggled and relocated a few times before moving to his elder sister’s home, where he found endless support and love. With the help of his sister and his brother-in-law, he was able to complete primary and secondary schools.

Growing up as an orphan and a refugee in poor conditions Jean Claude cultivated the dream of setting up a non-profit organization that would improve the quality of life in Burundi and other communities. He was still in secondary school when he planted the first seeds of this dream.

The start of a dream

On 4 April 2004, Jean Claude initiated a drawing centre to raise funds for children in Bwiza, District of Bujumbura. He then, met a great friend, Telesphore Niyokindi. Together, they often visited the Prince Regent Charles Government National Hospital, and got acquainted with their nurses and staff.

On his birthday, 05 May 2005, Jean Claude, accompanied by Telesphore, paid a visit to Lycee Municipal of Buyenzi (LMB), where they spoke to students and distributed food. Later, Jean Claude promoted a constituent General Assembly, to which he invited his acquaintances from the Hospital Prince Regent Charles. This marked the creation of the Association for Solidarity, Health and Social Assistance, ASASS asbl. On this day, 7 people were elected members of the Executive Committee.

In May 2005, the process of obtaining a registration certificate as an incorporated charity by Government of Burundi, was set in motion.

Activities began, following an action plan 2005-2010 which included establishing a Counseling centre in Bwiza, to provide food and aid to malnourished citizens and information to those in search of treatments. Another project was to sustainably use lands to plant vegetables and grains and build shelter for widows, returnee and refugees.

In February 2006, the Ministry of Solidarity, granted ASASS’ the registration certificate that officially recognized it as a non-profit Organization by ministerial ordinance N° 530 / 077 of the 03 / 02 / 2006.

Jean Claude had mobilized medical equipment, computers and building materials from his partner in China, Crossroad Foundation to build a community health clinic. Though obtaining the land required to construct the project was not possible, he distributed the collected materials to existing clinics that were operating in extremely poor conditions.

In 2008, Jean Claude started the University for development, a  programme that offers rigorous academic and co-curricular education, supported by the International Professors Project and experts at United Nations Volunteering. The University for development is a student-centered teaching and learning environment that encourages students to grow intellectually, socially, morally and physically to their fullest individual potential, preparing students of diverse backgrounds to succeed, become leaders and provide service as global citizens.

Since 2010, ASASS has gathered incredible supporters and friends from the USA, UK, Canada and Australia. This has enabled the us to start a nursery, primary and secondary classrooms and continue marching towards our providing education, improved health, and life quality to those in need.